This AI project, 45 quick and easy recipes for everyday life was unanimously selected by the jury composed of the teams from the Quai des Savoirs and the Atelier Arts Sciences/Hexagone Scène Nationale Arts Sciences. It was following on from the Groupe Artistique d'Exploration Scientifique (GAES) seminars on the theme of artificial intelligence (AI) that this call for projects for the creation of a small live performance on the theme of AI was launched. Atelier Arts Sciences and Le Quai des Savoirs welcome artists in residency and work on interdisciplinary projects that address issues related to the future. The cross-fertilization of artists' and scientists' imaginations contributes to the creation of new narratives of the future.

Magali Desbazeille's performance will be presented at the Lumières sur le Quai festival (Toulouse) from 15 October to 6 November 2022 and at EXPERIMENTA, the Arts Sciences Biennial (Grenoble) in October 2022. Prior to this, Magali will benefit from a residency in Toulouse and Grenoble where she will meet researchers from ANITI and MIAI.

She discovered painting at the age of 3, in 1974; won her first drawing prize at the age of 8, awarded at the Hôtel de Ville in Paris by Bernadette Chirac; studied at the Beaux-Arts in Paris, at Hunter College in New York, at the Fresnoy in Tourcoing; met the composer Siegfried Canto, in 1999, on the Internet via the Ircam forum, crashed the system with an attached document that was too heavy, at least 62 k; met the engineer Sébastien Courvoisier in 2001 in a large castle in Eastern France and the playwright Julie Valero in 2010 in a cloister in the South of France, and has worked with them on a regular basis since then. Her installations, performances and shows have been shown in France, Belgium, Austria, the Netherlands, Canada... at the Motorenhalle art centre in Dresden, at Halle 14 in Leipzig, at the Kunstverein Tiergarten in Berlin, at the Ricard foundation in Paris, at the Laboratoires d'Aubervilliers, at the Maison populaire in Montreuil, at the Terrasse in Nanterres, at the Chamarande estate, at the Enghien-les-Bains arts centre, at the Ferme du Buisson, at the Centre Georges-Pompidou... and even in the South of France at the art centre La Panacée in Montpellier. She feels she ought to read Foucault's Words and Things and plans to do so; she lives and works in Montreuil; crosses documentary and fiction, visual and live arts, new technologies and DIY; would like to know what people are really looking for... For a long time, she wondered what technologies were doing to languages. Since then, she has been questioning the quantification of the unquantifiable in our large institutions... and the invasive phenomenon of the evaluation of everything, by everyone, all the time: "we are all experts on everything, we grade everything"!

MAGALI DEESBAZEILLE
She is an artist and performer. She has a background in visual arts (Le Fresnoy, Studio national des arts contemporains - Tourcoing, Diplôme de l'Ecole nationale Supérieure des Beaux-Arts - Paris, Hunter College - Master of Fine Art programme, Colin-Lefranc Fellowship, New York) and in performing arts (Master 2 research - creation in performing arts, University of Grenoble-Alpes). Her work is multidisciplinary, notably between documentary and fiction and visual and performing arts. Two of her key performances are Your Opinion Matters #2 and Not at all satisfied, rather satisfied, quite satisfied. She also questions the influence of technology on our language and, in the context of this project, the ethics of artificial intelligence through its representations and the discriminations it induces.

To this end, she asks herself "What if artificial intelligence was a reflection of our own representations? 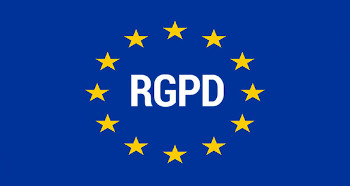